One thing I never really considered about the Miami is the sheer quantity and length of the canals. I'm used to canals being small waterways, intended for minor water runoff and (advertised, at least) for boats to get out to the gulf. In Miami-Dade, they're everywhere, shuttling water from the Glades to wherever it needs to go to keep it from causing flooding.

I found this one canal, not named on a map, but since it runs along Okeechobee Road, and runs all the way from the lake, I'm guessing it's called the Okeechobee Canal. It terminates into the Miami River, which dumps into Biscayne Bay. It's pretty damn epic to have a navigable waterway that runs all that way, but that's how the Glades where carved up before restoration began. This canal will never go away; it's too important to maintaining MDC to not have it. There's a lot of infrastructure like that in the Glades; an obvious spoil on the landscape, but too important to remove.

Headed away from downtown Miami: 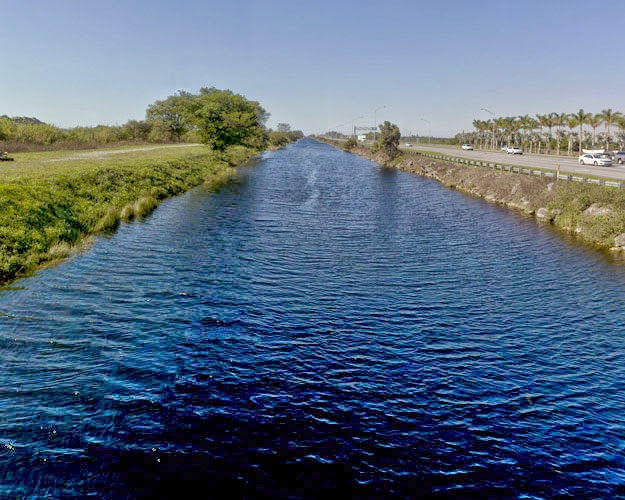 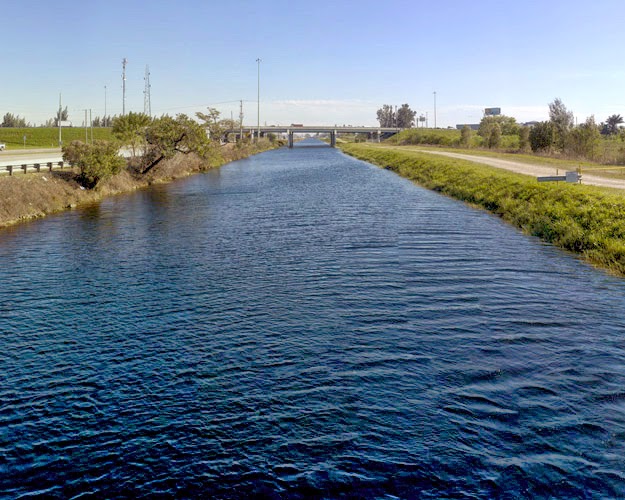 This canal follows a similar path, although it goes east-west into the Glades, following the Tamiami Trail deep into the Glades, past the Seminole and Miccosukee reservations and gaming establishments. It also meets up with the Miami River and dumps into Biscayne Bay. 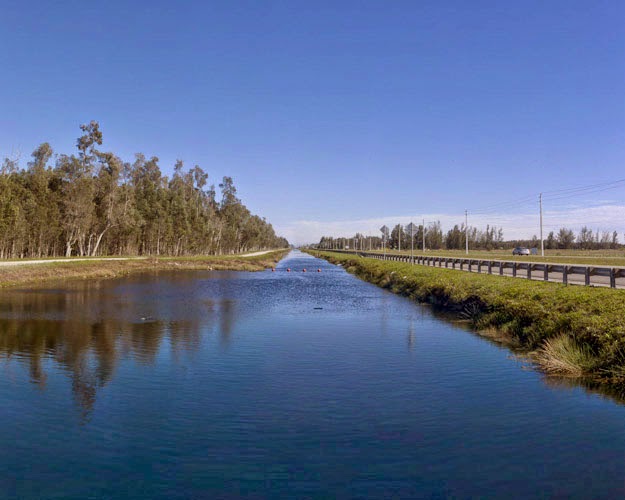