My second site is functionally the same, but has a completely different feel to the landscape. Miles of roads, cut into fields instead of forests. I drove around for 20 minutes trying to figure out how to image this landscape. It was so desolate feeling. The odd thing is that every street had a fire hydrant, and the hydrant where all freshly painted and some even had fresh sod around them. There's a couple of water pump stations, and they're immaculate. Even though there's about 6 square miles of land, miles and miles of roads, with zero houses, the county still maintains the infrastructure. I could still picture in my mind the cattle that used to roam this land.

I did encounter a couple while in this neighborhood. They where lost and couldn't find their way out. If I didn't have two GPSs (one being an iPhone) I probably would have suffered the same fate. Luckily I was able to guide them out, and hopefully they're on their way back to Michigan, never to return to this desolate landscape. I'm going to head back, since there's a lot I missed even after a day in the sun. 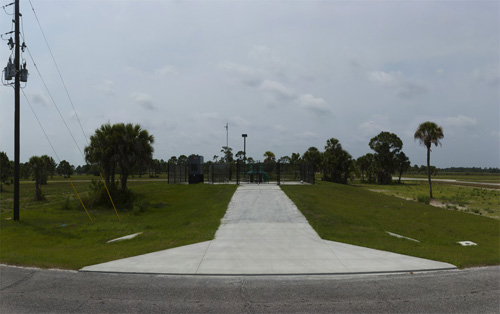 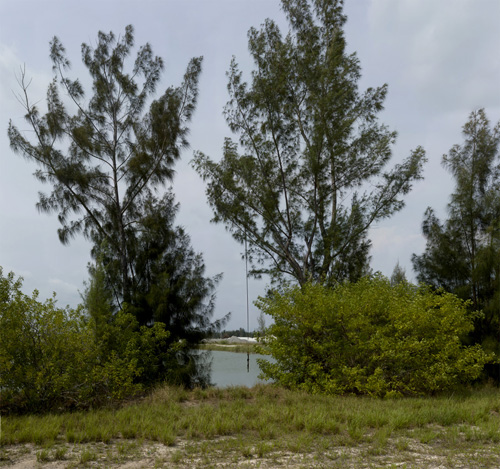 this was the last image I took that day. Miles from the nearest house, across a man-made yet swampy looking pond across from what looked like a place to dump excess dirt, was a rope swing.
Posted by Unknown at 3:57 PM No comments:

As I promised myself, I began my trips into the developed-but-not-built portions of the state. I started in two sections of Charlotte County, the first being south of North Port, and the second being an apparently abandoned section of the Rotonda development on the peninsula.

The first area is one of these truly weird areas of Florida. Streets where cut into scrub forest, but the 2004 hurricanes and the collapse of the housing market has left what's basically forests with gridded roads in them. There's a few houses here and there; I'd say about half looked lived in, and the other half looked unoccupied and have realtors' lock boxes on the doors. The entire time I was there I didn't pass one single vehicle, and one saw a handful driving around, mostly on the main road that cuts through the development. I spent a good hour and half in this area that looks like it may have been designated as a park one day; big pond in the middle, surrounded by fields. At the north end of the field, there's construction debris and what's probably one of the highest pieces of earth in Charlotte County, albeit man-made. On the plateau, there's a broke-down earth mover and evidence of partying, like old fire circles and beer cans and the like. Moving through this space was easy, it was like any field I've even been in. Photographing the streets/forests where different. Like I said, it's an odd space to be in, to be on a residential road, surrounded by thick forest. 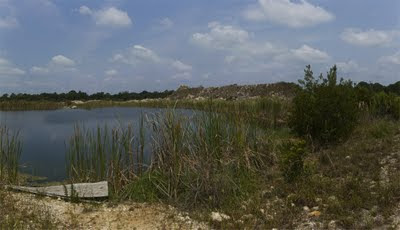 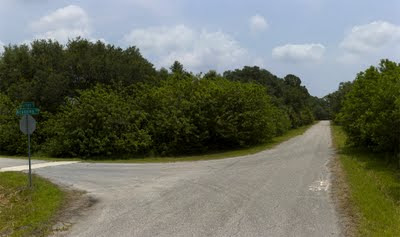 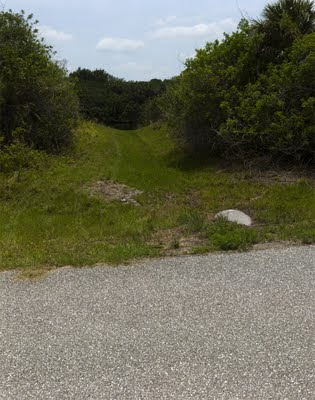 It's hard to see from the road, but this is a one of the many cut throughs to get to a canal that feeds to the Tippecanoe Bay.
Posted by Unknown at 4:53 PM No comments:


I can't help but to think about my grandfather every time I listen to this song. If you haven't seen That Evening Sun (or The Accountant) they're both damn fine ruminations on what happens to the homestead when it's time for one generation to move on, and the next one to take over. Films like this fill me with fear for the future; what the fuck do I know about ranching? There's only one way to learn and I spent those years in art school.

"Bury his body in the ol' sinkhole"
Posted by Unknown at 12:16 AM No comments:

Sometimes I walk in the middle of the road 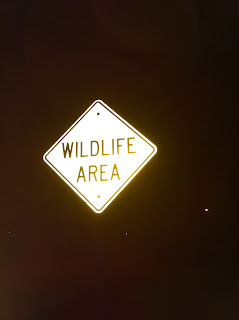 Posted by Unknown at 9:00 AM No comments:

a little on duality

There's a awesome amount of duality when you recognize yourself as being a child of the South, and also recognize the turmoil of the history of the region. Pride in one's area of origin is often offset by not wanting to seem like you condone the root causes of the Civil War and the resulting 150 years of social and racial turmoil that has resulted. The Drive-By Truckers wrote a double album exploring, among other things, this duality of mind (and even duality of existence), and even as this album closes in on being ten years old, I don't think I'm (or anyone else) any closer to fully solidifying one's feelings of pride along with one's shame.

DBT calls this "The Southern Thing". That song ends on a refrain used throughout the album "Proud of the glory, stare down the shame / Duality of the southern thing". Indeed, most of the first half of the double album is about rectifying the region's sins with the changes since then.

What we have to do is to figure out how we fit into the grand scheme of things without feeling like a fraud or sellout, or that you're turning your back on anyone or anything. Calling myself a Southerner is not about pride. It's my identity, tattooed on my soul, permanent and impermeable.

I'm a Southerner, I'll always be one, good and bad, heaven and hell, cats and dogs, black and white.

UPDATE: Southern Spaces published an essay entitled "The Civil War and Emancipation 150 Years On", touching on some of the same issues.
Posted by Unknown at 9:40 AM No comments:

It occurs to me that I see a lot more than what I actually photograph when I'm out and about. 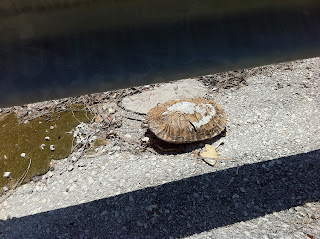